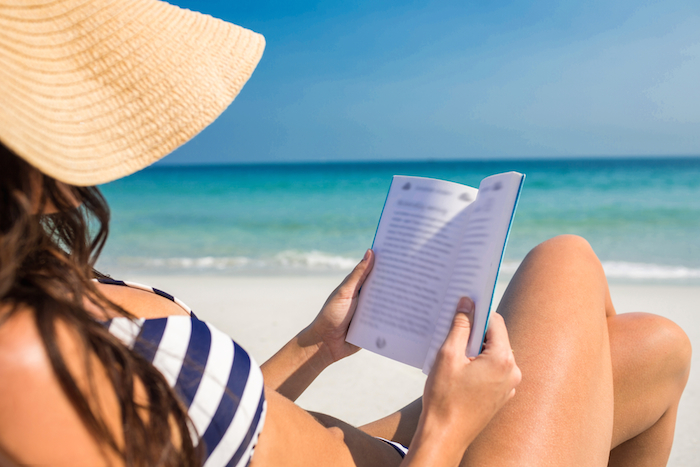 Here's my list of the 10 best books to read. Take one or more of these novels along on your next vacation - you won't be disappointed.

Some books I read for the message, some for the heart hammering drama, and some for the sheer giddiness they evoke.

Every once in a while I read a book that deeply impacts me ... that draws me in, with characters that I miss and wonder about for days after the book has ended.

I can tell it's going make the "best books to read" list when I slow down at the end rather than speed up, when I savor every word, reading some of them over
twice or more just to keep the book from coming to it's conclusion.

Although there are many "man friendly" books on my list, it is a woman's list and some of my favorites are girlie books. Doubtless, if this were my husband's list of
best books to read, there'd be a lot of submarines, planes and sharks in the plot lines. On my list they will be largely absent.

Disclosure: Some links on this page may be affiliate links. When you buy a product through one of these links, for example at Amazon.com, we earn a small commission and that helps to keep the site live. Thank you for your support.

A Prayer for Owen Meany

Follow Owen and Johnny through school and wartime escapades that lead the reader to an explosive crescendo that, with one final tug, pulls the whole book together.

Irving masterfully sculpts a most unforgettable character in Owen and a faithful friend in John.

John and Owen bear witness to each other's life as they grow from boys to men and Owen seeks the purpose to his life (and he is certain that he exists for a special purpose).

As he rises above the limitations that his diminutive body and unique characteristics impose, Owen Meany reveals himself to be a very big man ... in every way that matters.

Both my husband (Joe) and I loved this book.

Another book that wins Kudos from both Joe and me. This book easily made it onto my "best books to read" list because the very first page caught hold and dragged me in.

Living parallel, although entirely different lives, these 2 men are born on the same day into completely different circumstances.

With a world between them, literally and figuratively, they share a destiny that collides in slow motion.

"Kane and Abel is quite simply, The best novel ever written and the best book I have ever read."

. She loved them and is just waiting for number 4 in the series to be released.

This was the first book that reached in and pulled me off my feet.

David and Sara moved right in and followed me wherever I went, even long after the book had ended.

Always an avid reader, I was astonished at the visceral chord that this book rang in me as I consumed it.

A deeply touching and thoughtful novel that taught me a little about who I
was and a lot about who I wanted to become.

I can't believe I found it back in print,  my copy is worn and fragile.

The heartfelt reviews for this book on Amazon demonstrate the powerful impact of the story.

The Lords of Discipline

On his journey to manhood, in a military setting where orders sometimes conflict with his moral code,

Superbly written, this is a story I would not have chosen without a recommendation because of it's military theme even though I love Pat Conroy.

A deeply thought provoking novel that appeals to a wide audience.

Will McLean lives a story you'll never stop thinking about.

"No matter what genre you normally read, this book is for you. So well written and so touching..."

Another book that is enjoyed equally by a male and female audience.

93 year old Jacob Jankowski relates his journey from two perspectives, that of his 23 year old self, whose entire life changes in a single breath with his parents sudden demise, and the 93 year old nursing home resident nearing the end of his journey.

Follow Jacob as he hops aboard the circus train to cultivate a new life while he lays the old one to rest.

"It is a book I could not put down and I read it in two days. I highly reccommend it! "

"Without a doubt, this book deserves my first review and 5 stars."

A hilarious series of books with titles that feature the number of each book; One For The Money, Two For The Dough, etc..

Janet has shaped a family full of lovable, dysfunctional characters that I just can't get enough of.

Stephanie, with help from a zany grandmother and colorful cast of characters, bumbles her way through her job as a bounty hunter. She doesn't know anything about bounty hunting but it was the only job available and somehow she keeps bringing in the bad guys.

Although you can read the books in any order you want, you'll get more out of them if you at least read the first 2 or 3 in order.

These are some of the best books to read on vacation. I tell my friends to "Beware of outbursts of laughter when you're reading these books in public places".

Again, Joe and I both devoured the first 4 of Dan Brown's books.

At one time ALL 4 of these books were on the bestseller list at the same time.

His stories are basted in intrigue and technological tools and equations that are unbelievable yet largely accurate.

Dan Brown is the MAN.

This is definitely a woman's book.  The Red Tent is the women's tent where they spend their moon cycle, which, to the men is a time filled with mystery.

Spending days together in this intimate setting during a time when women are treated as chattel, the red tent offers a circle of camaraderie where women share their dreams and disappointments.

Do not buy this book if you're looking for a religious experience. Although you may recognize some of the characters from the old testament, the book is a story based in biblical times and revolves around Dinah (a biblical character who is mentioned only in passing) and the women who surrounded her.

Dinah is the only girl child born to 4 mothers who adore her. She tells their tale here.

Claire Randall and her husband are on a get re-aquainted trip in Scotland after the duties of war have kept them apart. During a walk around the mystical circle of stones, Claire is transported, between one heartbeat and the next, to the Scottish countryside in the 1700's, when she touches a stone.

Her repeated attempts to return through the stones are thwarted until she falls wildly in love with the man she's been forced to marry.

By the time she finds her way back to the circle, Claire's resolve to escape this new life has worn thin and she's torn between then and now.

There's something for everyone in this raunchy tale from wildly passionate romance to nitty gritty history to fast paced adventure.

Not your usual ghoulish Stephen King novel but still, the man manages to conjure up the very best and the very worst of human nature.

The Green Mile is that last walk down a green linoleum hallway, to the execution chamber.

Slow witted and seemingly timid, John Coffey is a giant of a man who has been sentenced to death after being convicted of the most heinous crime.
As his keepers prepare for his execution he inspires a wary trust in these men who will soon escort him down that final mile to his last breath.

There's just something about John Coffey....

More Things to Bring on Vacation 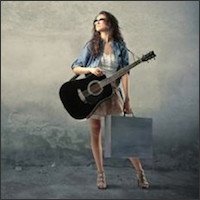 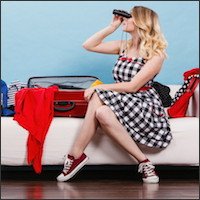 Things to do The Day Before Vacation 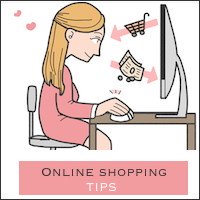 The Life We Bury

The Boy in the Wooden Box